Visit Hong Kong's greatest must-see tourist attraction and see absolutely nothing? It is (almost) possible! Visiting the top of Victoria Peak is both a great way to view Hong Kong and also to experience the weather in Hong Kong, as well as an activity that is at risk from the rain, fog and mists. Like any high-point that people visit one of the points of the height is the view, and if fog or rain happen to visit on the same day that you plan your excursion to the mountain-top then you may be in for some disappointment. 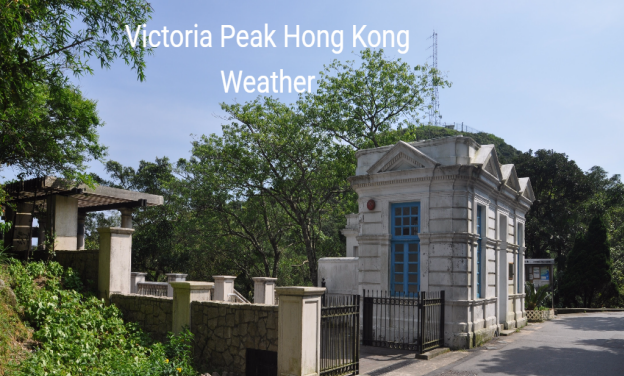 Don't worry though, some planning can greatly increase your chances of sharing the world-beating experience of visiting HK's greatest viewpoint. And even if the weather takes a last minute change for the worse, as does happen, there are still great experiences to be had on Victoria Peak that don't involve having great visibility!

The weather in HK reflects the fact that is what is known as a subtropical climate. That means it is neither temperate, as much of Europe and North America are, nor is it tropical as you might expect from an Asian destination. Subtropical falls in-between and covers parts of the world that, while hot summer but also experience cool weather in winter.

In Hong Kong those hot summers are typically also very humid, it is located on the coast of the South China Sea after all, while the cool weather in winter is associated with winds from the dry north and therefore low humidity is the norm in autumn (fall) and continues on into winter.

The four distinct seasons experienced in HK are summer, autumn (fall), winter and spring. This is unlike many nearby Asian destinations that simply have "wet" and "dry" seasons. Of course, HK does also have variable amounts of rain seasonally and is also subject to Typhoon Season which is another topic entirely, but it does have the four seasons (as well as a Four Seasons Hotel) even though they are not distributed in the same way as you would expect in more northerly parts.

In Spring, from Feb to Apr, it is still cool from winter.  Rain starts but normally not heavy. As the sun comes out more frequently and the days become longer the humidity increases rapidly and mists and fogs are common, but typically only in the early morning. By April it is common to have a day where at 6 am you can't see to the end of the street because of mist, or even the top of tall skyscrapers like IFC let alone the top of Mount Austin, but by noon the sky is crisp blue and the views are great.

In summer, the temperature ranges from 30 – 33 centigrade (Celsius) (86 Fahrenheit- 91f) every day and during the hottest month August, it may reach 34C!  this is the rainy season in Hong Kong and as it falls in summer it is not only wet but hot. Although a walker may get caught in a rainstorm, the rain is so warm that it feels more like a shower, and clothing-permitting may also dry out within an hour. This unpredictability though means it is certainly not the best time to visit Hong Kong, and only those who like their weather steaming hot would choose to visit in mid-summer. Before the invention of the now ubiquitous air conditioners and in an attempt to reach the cooler temperatures they preferred that the early European colonists in Hong Kong built their houses on Victoria Peak in the first place. While it doesn't have the height of the hill-stations in India or Malaysia it is true that every meter in elevation brings a little cooling.

Autumn is sadly very short in HK, Oct is still hot, maximum 30C.  By Nov, it starts to be more comfortable with temperature ranging 25-28C and dry. Residents of Hong Kong consider this to be the best weather of the year.

By Dec, winter arrives and the temperature drops to around 18-20C on average and below 15C (59f) occasionally. Generally, the air is still clear in the winter, though skies are often grey and you won't find many blue skies. That may reduce the impressiveness of the daytime view, but the night views of the harbour with the lighted buildings are very nice in the winter.

The Peak is not so high as to be entirely distinct in its climate from the rest of HK, but there are differences that you should be aware of. The extra height typically makes it a little cooler than the coastal part of the city, and that is exaggerated in summer by the fact that the waterfront of HK is heavily built up with buildings and concrete everywhere which magnifies the heat. By comparison, the peak is, once you walk away from the Peak Tram terminus and the Galleria shopping centre, a suburban district with plenty of trees, shrubs and grassed over areas.

When you take the circular walk or sit on a park bench on the lawn, you will think you are more in the countryside than in the city. And it is that marvellous connection between country and city that makes Hong Kong one of the most amazing destinations to visit, and Victoria Peak is itself a microcosm of that putting tree lined footpaths that would not be out of place in a jungle retreat within view of skyscrapers that house economic powerhouses of the world.

During the cloudy and rainy times of the year low clouds can shroud the Peak Tower and prevent any interesting views from being seen, hence it is best to schedule your visit in the summer, autumn or winter periods to make the most of your day on Victoria Peak.

The bluest skies are mostly found in Hong Kong in June and July when clouds clear and winds blow favourably taking away the haze that so often plagues the city horizon.

Night views from the Peak

Night views from victoria peak are of course very well known and often photographed. Luckily these are the least likely to be affected by the weather as overcast skies or even a little rain doesn't diminish them. And the low visibility and fogs that are found sometimes in the mornings rarely if ever occur after dark.

Wait, the weather can be incredibly changeable. Impenetrable fog can give way to blue skies in the space of 30 minutes particularly in the spring. Rainy or overcast days in summer or winter are less likely to change, however.

There are a wide range of activities to be found on Victoria Peak that can be enjoyed even if the weather is overcast, foggy, or even raining and stormy. Inside the buildings of the Peak Tram Tower terminus and the Galleria are great shopping and dining choices, while the circular walk is a great experience for nature and walking lovers even if the views are obscured. 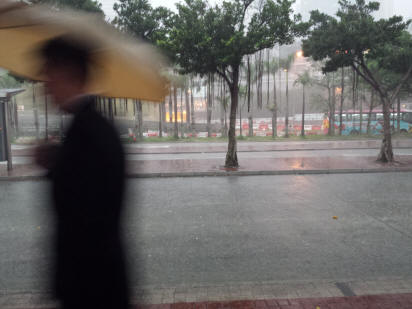 Already in Hong Kong and need to check Victoria Peak weather today? The current weather can be found by going to the Hong Kong Observatory which has live cameras on the peak looking north and south which let you know what you might see if you were there right now. Be warned though that things change rapidly, particularly in spring, and by the time you reach the top of the Peak Tram, let alone Peak Garden or Mount Austin, things may have developed in a new weather direction!